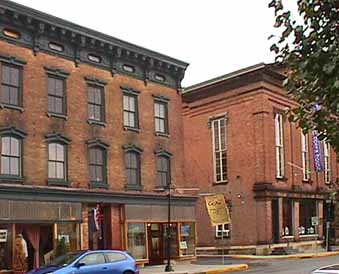 In the 18th century, the town of Hudson was a refining center for the thriving whale oil trade. As a navigable port along the great river, the town was a prime location for processing the valuable oil then transporting it out to the growth regions in western New York state and the expanding frontiers beyond. In the 19th century, painters such as Thomas Cole and Frederic Edwin Church were drawn to the Hudson River Valley for its spectacular vistas and haunting light. Today this medium-size Columbia County town 2-hours up the Hudson River from New York City is a seasonal mecca for leaf viewers and pumpkin hunters and as well as a country house enclave for the New York art crowd.

Activity centers on Warren Street, the main thoroughfare whose numbering system starts from the river at Front Street (near the train station served by Amtrak) and increases up the hill. The fine, early 19th century Opera House, the brick houses along Warren Street and many of the side streets have been --or are in the process of being--lovingly restored. A nightime stroll down Warren Street is like a walk through a period stage set.

From a commercial perspective Warren Street is looking very spiffy as well: Interesting clothing and furnishing shops have moved into the eight blocks from Front Street up to Route 9. The more than sixty antique shops and art galleries in this compact area grow ever more focused and stylish.

New restaurants crop up all the time. Still, on busy weekends, Hudson has more visitors than restaurants, so booking is advisable. For northern Italian, try Ca' Mea, a lovely restaurant with garden across from the Opera House. For casual brick-oven pizza, Baba Louie's (also on Warren Street) is popular. For the bar-cum-restaurant scene most redolent of 1970's SoHo, Red Dot has an appropriate blend of bitter and sweet food and personalities. A reader notes her own favorite additions to the restaurant scene on Warren Street: Jubilee offering "live jazz and good ol' southern cooking" and a Columbia County an "outpost of the popular Lower Eastside (Manhattan) restaurant" Mexican Radio. 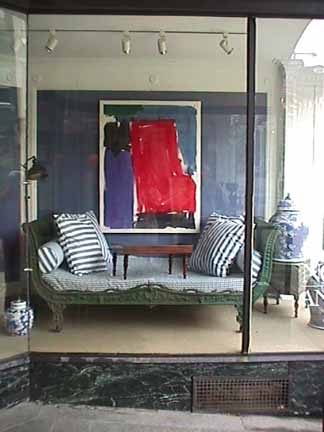 The beds & breakfasts selection in Hudson is ever-increasing and some, including the elegant Inn at Hudson, provide such useful amenities as wireless Internet access. Most B&B's in Hudson require a two-nights stay. For those of us insufficently organized to book well in advance or who want a room for just one night, Mr. Patel's St. Charles Hotel on Park Place offers a clean and reasonably priced, if somewhat noisy, refuge.

Hudson's antique shops lean toward fine American, English and continental furniture as well as emphasizing garden and architectural elements as befits a region where country houses abound. For the antiques shopper, Hudson is what New Hope (Pennsylvania) must have been 30 years ago. The art galleries show contemporary art featuring quality New York City and Columbia County artists in many genres. The Hudson art scene of openings and exhibitions is low-key but reassuringly familiar to visiting New Yorkers who suspect that nature is best ingested in small doses.

The migration of artists to this area as an attractive, affordable alternative to the dazzlingly pricey Hamptons began several years ago. Kinetic sculptor George Rickey lived and worked here for years. But the visible gentrification of the town of Hudson itself--complete with sophisticated restaurants, B&B's and galleries--reached critical mass within the past five years. As the area flowered, so did the arts community.

Every autumn, the Columbia County Council on the arts sponsors Artwalk an event in which local merchants display local artists' works in their shop windows along Warren Street. Formerly one weekend only, the event has now expanded to include two weekends in early October. (Given the 7 inches of rain during my visit, I envied the prior week's visitors their clear blue skies.) In the past few years the event has grown in participation, organization and quality. 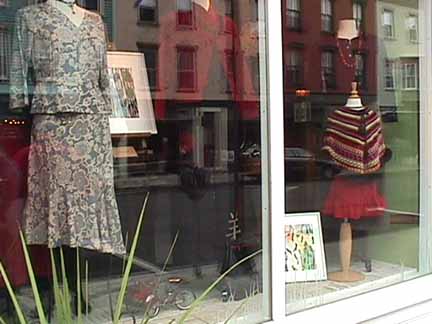 This year, the west side of Warren Street was notable for its well-composed windows featuring fine abstract works by artists including James Burnett, Nancy Van Deren and Holly Hughes. Representational works were exhibited on the east side of the street. Outdoor sculpture dotted the town, but the primary sculpture indoor venue was the old Pocketbook Factory (Prospect & 6th Streets) a wonderful old factory building that also hosted an large opening party to launch the 10-days of Artwalk festivities. 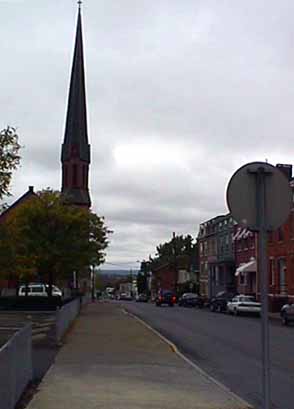 With its well-located train station, the town of Hudson itself can be visited without a car. But to enjoy the surrounding points of interest, an automobile is necessary.

Roughly 5 miles northeast of Hudson to the left off Route 66, is a large property that is home to artists' colony Art OMI. Its informal grounds include many pieces of large-scale sculpture sited outdoors and offer a pleasant venue for a stroll featuring sculpture in the wild.

View of Church on Columbia Street in Hudson


Considered one of the most important artistic residences in the US, Olana, the moorish-style villa of Frederic Church on Rte.9G south of Hudson also has paths for hiking; the house is open to tours year round, but check their schedule for the abbreviated winter schedule.

Here at BIDDINGTON'S, our work is also our play. When we're not exhibiting and discussing art online, we're learning about wonderful objects in shops, at great shows and in museums--or simply exploring the world's fascinating cultural diversity. In this article, Jake Biddington offers tourist information and descriptions of this interesting destination.