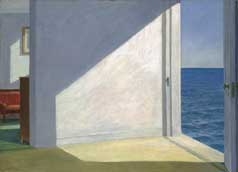 Under two hours from New York City by commuter train or by Bentley, 21st century New Haven, Connecticut is vastly changed from the rough, drug ridden city of 15 years ago. A July weekend finds the downtown area surrounding the New Haven Green thronged with an attractive tourist and local crowd shopping upscale Chapel Street, listening to outdoor music, wandering through the summer stillness of the Yale campus or enjoying the range of quality restaurants in the surrounding blocks.

The days of Broadway shows previewing in New Haven are mostly past, but the town maintains an active theatre scene with popular shows and revivals at both the Shubert Theatres and the Yale Repertory Theatre.

On Saturday evenings this summer, the city of New Haven is sponsoring a free outdoor concert series on the Green. Most Fridays, the city screens movies outdoor in the same location. For a full schedule of summertime outdoors activities see: INFO New Haven.

In a refreshing change from bland retail sameness, several men's and women's clothing shops along Chapel Street are operated by storeowners who actively edit the merchandise they sell. These enterprising shopkeepers have selected a range of items carefully nuanced to articulate and amplify their style preferences across an array of brands with prices ranging from moderate to expensive. What blessed relief from mono-designer outlets!

No day trip is complete without a visual arts component. Fortified with a hamburger from Louis (the place said to have originated our national snack), walk two blocks toward the campus to the Yale University Art Gallery. The 1950's Louis Kahn building is undergoing renovations and is due to reopen in 2006, but the 1928 "College Gothic" style Swartwout building houses enough treasures to make the visit a memorable one. 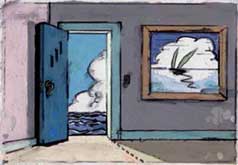 On the ground floor, the ancient collection boasts an unforgettable Assyrian bas-relief in luminous alabaster. The third floor American collection houses an astounding gallery of American portraits among them the gorgeously framed Copley portraits of Mr. & Mrs. Isaac Smith. The long and lovely gallery of American painting from the Hudson River School through the first half of the 20th century succinctly portrays the changing ethos of that eventful 100 years: The room starts with Albert Bierstadt's mistily romantic vision of Yosemite and ends with Edward Hopper's alienated allusion to suicide-by-the-sea.

Directly across Chapel Street, the Yale Center for British Art displays several fine Barbara Hepworth sculptures; shown side by side with Henry Moore's, her influence on him is readily apparent. Other highlights are a Whistler "Nocturne" and some extraordinary small 18th and 19th century watercolors. In watercolor painting of this era, the British artists know no equal.

Having enjoyed the cultural offerings, try selecting one of the exceptionally good drinks or dining venues that New Haven offers. The list below is only a beginning.

From Union Station (New Haven) to New Haven Green:
Easy taxi ($5) from station to the New Haven Green. Returning, have your restaurant call a taxi for you since they don't always cruise.

By Car:
Exit Manhattan northward via your preferred route, then connect with I-95 following it east to the New Haven exit.