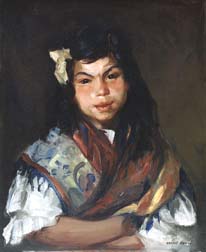 Ash Can School is a term that was loosely applied to a group of American urban realist painters of the early 20th century. (The name derives from that ubiquitous urban image: the garbage can.) The group, founded by the artist--and later famous art teacher--Robert Henri, began its activities in Philadelphia around 1891. Henri attracted a gathering of newspaper illustrators--George Luks, John Sloan, William Glackens, and Everett Shinn--and led them in a new artistic movement.

What set the Ash Can painters apart?

The Ashcan School was more revolutionary in its subject matter rather than its style. The Ash Can school artists sought to paint "real life" and urban reality. These artists believed what was real and true in life was what was beautiful and what constituted "art." They painted gritty urban scenes and the poor and disenfranchised in America.

How can I recognize a painting from the Ash Can School?

Ash Can School paintings have a loose and spontaneous style, very different from the polished techniques taught in the American art academies of the period. A slap-dash, rapid handling of the paint left individual brushstrokes and the paint was applied thickly. Ash Can painters used a dark, subdued palette--a result of Robert Henri's trip to Europe, where he became captivated with Goya, Velazquez, Hals and Manet.

Are the Ash Can painters also known as the "Eight"?

The "Eight" included the core Ash Can group + three more artists under Henri's thrall: Arthur B. Davies, Ernest Lawson and Maurice Prendergast. In 1908, as a protest against prevailing restrictive academic exhibition procedures, the "Eight" organized a history-making exhibition that became a symbol of rebellion in American and modern art. The show was revolutionary in that it was the first exhibit that was self-organized and self-selected by a group of related artists, without a jury and prizes. This type of non-juried exhibition became the model for one of the most famous exhibits in the history of Modern Art: The Armory Show of 1913. --guest editor Margaret Morse

See how the Ash Can School's urban realism continues to influence contemporary art in the work of New York painter/printmakers Bill Murphy and Sigmund Abeles for sale in BIDDINGTON'S Contemporary Art Gallery. 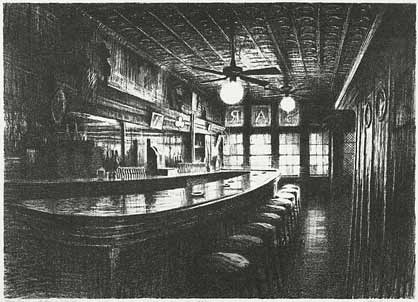 In the art & antiques world, experts bandy about arcane words as though they were part of everyone's standard vocabulary. To a fledgling collector, this practice can be maddening. In PEDIGREE & PROVENANCE, BIDDINGTON'S picks a word or phrase and gives it a good, hard going over: defining it, explaining it and showing how to use it.

Glance regularly at PEDIGREE & PROVENANCE, and soon you'll be able to toss those obscure phrases back at the experts with confidence and agility and be fully prepared to bid on items at BIDDINGTON'S upmarket, online art & antiques auctions.